With Philanthropy as a Core Value, Club Phil is How Bhavans Give Back: Part 2 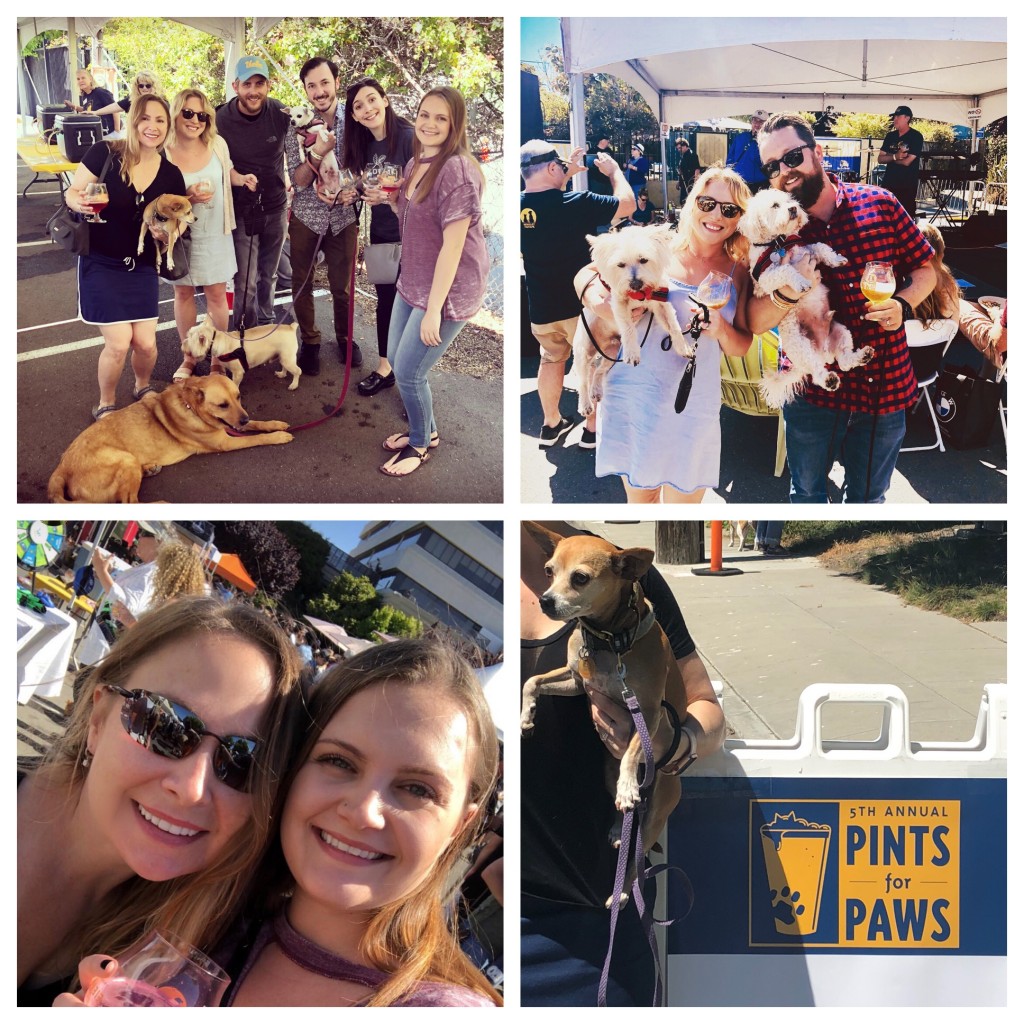 Picking up where I left off in Part 1 of this blog post on Club Phil(anthropy), here’s what we’ve been up to: 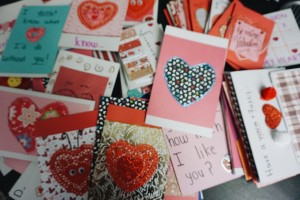 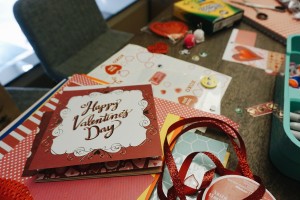 In February, Bhavans spread the love with a Valentine’s Day card-making activity for hospitalized children with Cardz for Kidz. Cardz for Kidz is a Chicago-based organization whose “goal is to impact as many children as possible and help them take their minds off their current situation by reminding them they truly are special.” It brings hand-designed cards to seriously ill children who are confined to their hospital rooms. Bhavans enjoyed channeling their creative skills with heartfelt sentiments, puns and silly drawings to bring smiles to more than 100 children all over the world.

Angel Island is often referred to as the “Ellis Island of the West.” It was a key entry point for many Asian immigrants as they entered the U.S., and was also infamously used as a detention center for many Chinese-Americans between 1882 and 1943 as a result of the Chinese Exclusion Acts and for Japanese-American immigrants during World War II. A bell now stands at the mouth of China Cove to commemorate their plight, and visitors to the island can tour the barracks and read Chinese poetry and Japanese haikus etched into the walls by those detained there.

Angel Island’s panoramic views of the bay and the Golden Gate Bridge make it hard to fathom such a beautiful place has such a dark history. Today, Angel Island is a popular destination for hiking and camping. On a sunny day in April, Bhavans hiked from the ferry to the immigration station and swept brush and leaves from pathways and gutters to clear the way for spring growth and to maintain the property for visitors. We refueled with a hearty lunch at Sam’s Anchor Cafe in Tiburon. 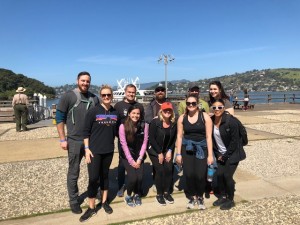 When we’re not doing one of our many outdoor Club Phil activities , you’ll find us making a difference indoors –  inside a classroom, for example, speaking to students about what a career in PR is like. Earlier this month, Pam Njissang, the managing director for our Emeryville headquarters, joined professionals from all over the region to present at Bohannon Middle School’s 5th Annual Career Day. Pam presented to more than 100 students throughout the day and shared her experiences and career path, leaving students more knowledgeable about the field of PR. With any luck, some were inspired to explore a future career in communications. 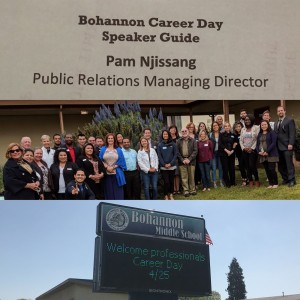 Not only do Bhavans love the outdoors, many of us also love dogs and cats… and beer! A contingent of us, along with friends and significant others and our canine companions, participated in the fifth annual Pints for Paws fundraiser put on by the Berkeley Humane organization. More than 1,500 animal-friendly humans came out for the popular event in Berkeley, along with more than 220 people-friendly dogs, a small army of 120 volunteers and 58 sponsors, and rows upon rows of food and beverage vendors. Fully 100 percent of event proceeds go to saving animals, so we were inspired to invest extra to get the VIP tickets, which provided access to a shaded tent and a roster of specially made beers such as the flavorful raspberry-infused Fieldwork Rainbow Parfait.

The weather was gorgeous – the first true hot weekend of 2018 in the Bay Area – and booths with the best local and national craft beers from 22 breweries were sampled by a diverse crowd of folks young and seasoned as live music filled the air. Bhava dogs got cool swag like scrunchie balls and bandanas and Bhava humans got commemorative beer glasses and beer-opener keychains from Ballast Point Brewing Company. But it wasn’t just all dogs. There was also a very large air-conditioned trailer with cats and kittens on display for attendees to play with and adopt. All in all, this year’s event broke prior records and was a huge success in terms of the fun had by all and the money raised to save animals. 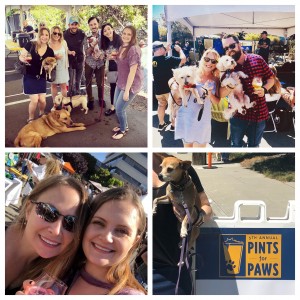 Bhava’s founder Liz is looking forward to directly working with Berkeley Humane a lot more in the coming months, and our agency is working on a pro bono communications program for the organization. For Pints for Paws, our team engaged in social media outreach across Instagram, Twitter and Facebook.

Planning is underway for philanthropic efforts for the second half of the year. We’re looking forward to to keeping philanthropy an integral part of our work lives and Bhava culture, as well as an expression of our community-focused values.

Share this story
Outside the office, you'll find Rhiannon -- a former NCAA D1 rower -- hiking in the Marin headlands, or cooking up a storm in the kitchen with new, healthy ingredients discovered at the farmer's market.
Follow Rhiannon on Twitter

Tech Journalists Report on the Best Way to Work With Them – Observations From Tech Reporter Panel
It's Teacher Appreciation Week: How Our Favorite Teachers Inspired Us
With Philanthropy as a Core Value, Club Phil is How Bhavans Give Back
How to Choose Between Blog Posts and Contributed Articles
Four PR Tips for Gaining Mindshare in Artificial Intelligence
Bhava and PRSA Co-Sponsor Timely ‘Diversity, Inclusion & Women in Tech’ Media Event at The Battery
The Journey to B2B Tech PR Via a Pitstop in Politics
How to Have Your Cake and Tweet it Too: A Practical Guide to Balancing Your Personal and Professional Voices on Twitter
What the Smash Hit Musical Hamilton Can Teach You About Working in Enterprise Tech PR
Reflecting on a Gold-Medal Year at Bhava
Rockin’ Around the Bhava Tree: How We Spend the Holiday Season
The Metagraphic: An Infographic on How to Make an Infographic
Digital Transformation Top of Mind at PagerDuty Summit 2016
One Giant Step for Open Hand
Brace Yourself… Conference Season is Coming (Well, It’s Already Here)
From Political Science to Public Relations
The DevOps Force Multiplier: Competitive Advantage + Security
The Five Ws of Pitch Worthy Press Releases
Seven Legit Ways to Hit it Big in Vegas with Your Black Hat News
I Am Twitter and So Can You!
Top 10 Areas of Mastery for a Successful PR Campaign
Bhava Means Business .... Press
The Five Horsemen of the Internet Apocalypse — Scam, Extortion, Embarrassment, Theft & Death
In Rugged DevOps, Actual Human Interaction Really Matters
Murphy’s Law Comes to DevOps: Is Security Wreaking Havoc?
Bhavans Love Summer
How I Went from Milking Cows and Pruning Fruit Trees to Writing Press Releases
5 Steps for Slideshare Success
Bhavans Share and Shop at Annual Freecyle Event
What Bhava’s 30x30 Workout Challenge Taught Me About Myself, My Teammates and Friendly Competition
Writing for Infographics
A Day in the Life
How to Explain to Your Friends & Family What You Do: A True Tale of the Struggle Faced by Those of Us in PR
Helping Tech Marketing Answer “So What?”
A Day in the Life
“Yes, And!”: 3 Ways to Harness Improvisation in Business and Your Life
Putting Bhavans on the Map
How to Write a Great Article
Design, Development and Writing? Sign Me Up.
Emeryville: One of the Other Cities by the Bay
Why Iteration Is a Designer’s Best Friend and Not the Enemy
5 Ways to Generate Buzz at a Conference Without a Booth
7 Breakfast and News Combos for a Perfect PR Morning
Hello. My name is Chelsea and I am Content Specialist.
Bhava’s “Unofficial” Fitness Challenge of Summer 2014
Finding Harmony as a PR Pro: 3 Tips to Make It Less Elusive Than You Think
Content + PR + California = A New Chapter in the Bay Area with Bhava
How to Articulate Your Goals and Achieve Them
5 Tips to Expand Your Company’s Brand Presence on LinkedIn
The 7 Steps That Can Solve Any Creative Problem
The Download: Bhava Design Internship
Persistence Pays Off When You’re Looking for the Perfect PR Job
My Golden Ticket to the 2013 HOW Design Live Conference
Shedding Light on the Art of SEO
Scan this: Tips for implementing QR codes in a marketing campaign
Design Hacking: A Design-a-thon
Mind the Gap: The Importance of Cross Platform Design for Attracting and Retaining Customers
Make Google AdWords Work for Your Business Without Burning a Hole in Your Pocket
Bhava Color Run
How To Create Great Online Video Interviews for Business
Marketo User Summit 2012: Getting a Closer Look at What Works
Three “Zen Workplace Habits” to Help Navigate Change
PR in the Field: A Glimpse of SuiteWorld
13 Rules for Taming the Email Monster (We Call Ours Raul)
UX vs. SEO or UX plus SEO?
How We Became Bhava
Archive
TOP