Reflecting on a Gold-Medal Year at Bhava 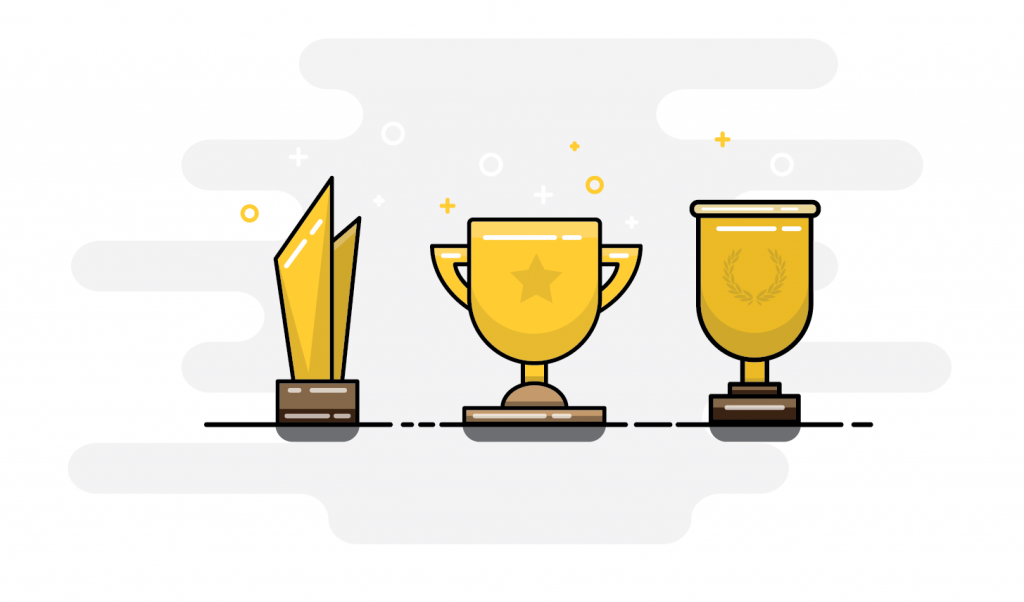 After an exciting Olympic year where the United States topped the gold medal charts, we take a look back at some of our big 2016 wins: from standout PR campaigns to creatively designed infographics to the continued growth of Bhava’s reputation and culture. It’s hard to pull out the “top” moment from 2016. Was it unveiling our redesigned website? Or launching several groundbreaking technology companies from stealth? The introduction of Work Lunch Wednesdays to the weekly calendar? Whatever our personal favorite achievement may be, one thing is for sure: Bhava has a lot to be proud of, and PR industry influencers agree.

Read on for a review of some of our award wins and achievement highlights from 2016:

Bhava’s focus on employees and company culture are top priorities. One of our core values is to “put people first,” which we were thrilled to have recognized when we were named a 2016 Top Place to Work in PR. There’s a reason we work as hard as do: we love to show up. Every day we walk into the office knowing we’re surrounded by people who want to learn, teach one another and do the best possible work we can for our portfolio of prestigious clients.

At Bhava, we strive to “build category leaders,” working with groundbreaking companies and technologies and sharing them with the world. 2016 provided Bhavans with many opportunities to launch new and innovative technologies throughout the year. Bhava won the PR News Agency Elite award in B2B PR for launching client Hedvig from stealth in the crowded software-defined storage space, and the agency was also a finalist for the same award with our CrowdFlower campaign, “Data Behind Today’s Data Scientists.”

Bhava is built on the ability to tell stories creatively across different mediums, including press releases, blog posts, social media, contributed articles, infographics, slideshows, brochures, web copy and design—you name it. With that in mind, it’s fitting that we kicked off 2016 with an honorable mention for Design in PR Daily Visual and Design Award for our work on CrowdFlower’s Data Behind Today’s Data Scientists infographic. Data science was a hot topic in 2016 and it showed when we also won an Award of Distinction from Communicator Awards for an infographic illustrating the State of Data Science.

In other design news, we took home a Gold MarCom Creative Award for Website Redesign for our complete redesign of the Bhava website. The result is a website we’re proud to say truly reflects our culture, passion and quality of work.

Collaboration and teamwork are foundational components of Bhava’s culture, and we also recognize the outstanding work of individuals across the agency. In 2016, VP Pamela Njissang was named a Gold Winner of the PR Professional of Year award for her leadership of several well-executed, strategic campaigns, including the “Be Bold” campaign for Qwilt and the Hedvig launch from stealth, as well as her ongoing contributions to the professional development of individual Bhavans and teams.

SVP Joe Franscella was also a winner in 2016, taking home Gold in the Bulldog Reporter Stars of PR Awards as an “Agency Professional of the Year” for his big ideas and big-hearted leadership. Every Bhavan benefits from Joe’s thoughtful approach to developing sophisticated strategies and tactics, and his desire to push the creativity and risk-taking envelope beyond the expected.

We’ve had an awesome year and will be reaching for gold again in 2017!

Share this story
Erika is an Account Executive at Bhava Communications. If you don’t find her at her desk geeking out over cool new technologies, she’s probably on her way to Hogwarts to pursue her true passions: Quidditch and wishing magic actually existed.
Follow Erika on Twitter

Tech Journalists Report on the Best Way to Work With Them – Observations From Tech Reporter Panel
With Philanthropy as a Core Value, Club Phil is How Bhavans Give Back: Part 2
It's Teacher Appreciation Week: How Our Favorite Teachers Inspired Us
With Philanthropy as a Core Value, Club Phil is How Bhavans Give Back
How to Choose Between Blog Posts and Contributed Articles
Four PR Tips for Gaining Mindshare in Artificial Intelligence
Bhava and PRSA Co-Sponsor Timely ‘Diversity, Inclusion & Women in Tech’ Media Event at The Battery
The Journey to B2B Tech PR Via a Pitstop in Politics
How to Have Your Cake and Tweet it Too: A Practical Guide to Balancing Your Personal and Professional Voices on Twitter
What the Smash Hit Musical Hamilton Can Teach You About Working in Enterprise Tech PR
Rockin’ Around the Bhava Tree: How We Spend the Holiday Season
The Metagraphic: An Infographic on How to Make an Infographic
Digital Transformation Top of Mind at PagerDuty Summit 2016
One Giant Step for Open Hand
Brace Yourself… Conference Season is Coming (Well, It’s Already Here)
From Political Science to Public Relations
The DevOps Force Multiplier: Competitive Advantage + Security
The Five Ws of Pitch Worthy Press Releases
Seven Legit Ways to Hit it Big in Vegas with Your Black Hat News
I Am Twitter and So Can You!
Top 10 Areas of Mastery for a Successful PR Campaign
Bhava Means Business .... Press
The Five Horsemen of the Internet Apocalypse — Scam, Extortion, Embarrassment, Theft & Death
In Rugged DevOps, Actual Human Interaction Really Matters
Murphy’s Law Comes to DevOps: Is Security Wreaking Havoc?
Bhavans Love Summer
How I Went from Milking Cows and Pruning Fruit Trees to Writing Press Releases
5 Steps for Slideshare Success
Bhavans Share and Shop at Annual Freecyle Event
What Bhava’s 30x30 Workout Challenge Taught Me About Myself, My Teammates and Friendly Competition
Writing for Infographics
A Day in the Life
How to Explain to Your Friends & Family What You Do: A True Tale of the Struggle Faced by Those of Us in PR
Helping Tech Marketing Answer “So What?”
A Day in the Life
“Yes, And!”: 3 Ways to Harness Improvisation in Business and Your Life
Putting Bhavans on the Map
How to Write a Great Article
Design, Development and Writing? Sign Me Up.
Emeryville: One of the Other Cities by the Bay
Why Iteration Is a Designer’s Best Friend and Not the Enemy
5 Ways to Generate Buzz at a Conference Without a Booth
7 Breakfast and News Combos for a Perfect PR Morning
Hello. My name is Chelsea and I am Content Specialist.
Bhava’s “Unofficial” Fitness Challenge of Summer 2014
Finding Harmony as a PR Pro: 3 Tips to Make It Less Elusive Than You Think
Content + PR + California = A New Chapter in the Bay Area with Bhava
How to Articulate Your Goals and Achieve Them
5 Tips to Expand Your Company’s Brand Presence on LinkedIn
The 7 Steps That Can Solve Any Creative Problem
The Download: Bhava Design Internship
Persistence Pays Off When You’re Looking for the Perfect PR Job
My Golden Ticket to the 2013 HOW Design Live Conference
Shedding Light on the Art of SEO
Scan this: Tips for implementing QR codes in a marketing campaign
Design Hacking: A Design-a-thon
Mind the Gap: The Importance of Cross Platform Design for Attracting and Retaining Customers
Make Google AdWords Work for Your Business Without Burning a Hole in Your Pocket
Bhava Color Run
How To Create Great Online Video Interviews for Business
Marketo User Summit 2012: Getting a Closer Look at What Works
Three “Zen Workplace Habits” to Help Navigate Change
PR in the Field: A Glimpse of SuiteWorld
13 Rules for Taming the Email Monster (We Call Ours Raul)
UX vs. SEO or UX plus SEO?
How We Became Bhava
Archive
TOP