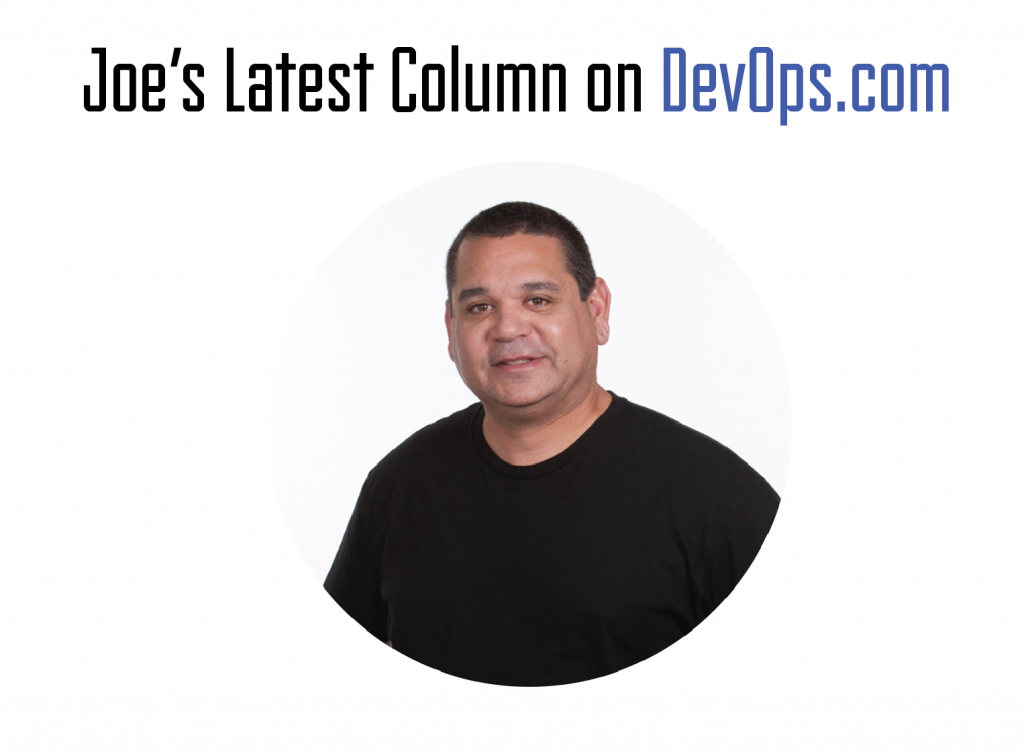 (View the original posting of this article on DevOps.com)

Several years ago, DevOps started hitting the eyes of enterprise business leaders when news outlets such as The Wall Street Journal and Forbes began reporting that the IT culture and methodology was helping adopters to gain a competitive advantage. Since then, we’ve seen story after story about how DevOps-focused employees are becoming the driving force behind the software and applications the world relies on for everything from mobile banking transactions to ride-hailing to gaming. Even the Pokemon company can’t get enough DevOps engineers.

It looks as if DevOps soon may be recognized as more than just a force for fast and agile software development and deployment. Evidence is emerging that it also may be having a positive impact on security.

Bugcrowd Researcher OJ Reeves sees his fair share of weak security. As a full-time white-hat penetration tester and researcher running attack simulations for enterprises that want to improve their defenses, he’s seen everything from unpatched vulnerabilities in software to the perilous journeys overshared credentials take as they’re passed between multiple administrators across various communications channels.

Recently, Reeves noticed that in our facepalm-ridden world of security blunders, organizations with a DevOps focus seem to have better security.

“DevOps is young and still being defined differently across organizations,” said Reeves. “I have noticed recently that when I engage with businesses that employ DevOps-focused people, a security mindset often accompanies.”

The reasons behind why DevOps is assisting with creating more secure environments are wide and varied, Reeves cited several.

DevOps Checks Boxes — All of Them

“Check box security” can be a bit of a dirty-word term when it comes to protecting systems and data, as it frequently refers to compliance—something many cybersecurity and risk professionals consider to be the bare minimum when it comes to protecting data and systems. At the intersection of DevOps and security, it actually can mean something very different, Reeves said.

“Organizations that actually have DevOps people in place tend to do a better job checking all boxes and making sure security is in place,” he said. “When you have a DevOps person who is doing the job properly, they (organizations) have a much better chance of defending themselves.”

One company Reeves attacked had developers, operations and infrastructure employees in place but no DevOps-focused team members. He noticed right away that there was no clear definition of who was responsible for security or who was in charge of protecting application life cycles.

“There were credentials everywhere—all spread out and all mismanaged in different ways,” he noted. “You don’t want anyone with malicious intent, who can compromise a developer’s’ desktop, to get access to credentials.”

When running simulations for organizations with DevOps employees in place, he’s observed that those kinds of mistakes happen less frequently.

“More often than not I’ve found that the credential management process is much better when DevOps people were present. When there is a person in charge, who is also conscious of how others are using credentials, a credential security champion tends to emerge,” he said.

Reeves, like many other practitioners I’ve spoken with, emphasized that communication between IT members is critical to effective defense. That’s something he said DevOps-focused organizations seem to be especially good at doing.

When privy to conversations taking place between developer, security and DevOps employees, Reeves has noticed that everyone involved is interested in improving processes all around—processes which include security.

“Direct human interaction that takes place between those who are responsible for defense tends to result in improved security,” he added. “Just the fact that awareness for these [security] issues is being raised and discussions are taking place is having a positive impact.”

“These human-to-human interactions make things more secure and they pay attention to organizational security, where we should be having our discussions,” he noted. “Let’s not talk about the latest AV (anti-virus), etc.; security is an organizational process and problem. The best security in the world doesn’t matter if employees in the organization aren’t aware of what’s taking place.”

At the end of the day, companies such as Bugcrowd and pen testers such as Reeves are paid to find exploitable gaps in systems so they can be closed before the nefarious can take advantage of them. While DevOps isn’t typically thought of as a security enabler, organizations that don’t have dedicated DevOps employees may want to consider Reeves’ parting words: “When organizations I am researching have a DevOps focus, it is generally more difficult for me to compromise them.”

Tech Journalists Report on the Best Way to Work With Them – Observations From Tech Reporter Panel
With Philanthropy as a Core Value, Club Phil is How Bhavans Give Back: Part 2
It's Teacher Appreciation Week: How Our Favorite Teachers Inspired Us
With Philanthropy as a Core Value, Club Phil is How Bhavans Give Back
How to Choose Between Blog Posts and Contributed Articles
Four PR Tips for Gaining Mindshare in Artificial Intelligence
Bhava and PRSA Co-Sponsor Timely ‘Diversity, Inclusion & Women in Tech’ Media Event at The Battery
The Journey to B2B Tech PR Via a Pitstop in Politics
How to Have Your Cake and Tweet it Too: A Practical Guide to Balancing Your Personal and Professional Voices on Twitter
What the Smash Hit Musical Hamilton Can Teach You About Working in Enterprise Tech PR
Reflecting on a Gold-Medal Year at Bhava
Rockin’ Around the Bhava Tree: How We Spend the Holiday Season
The Metagraphic: An Infographic on How to Make an Infographic
Digital Transformation Top of Mind at PagerDuty Summit 2016
One Giant Step for Open Hand
Brace Yourself… Conference Season is Coming (Well, It’s Already Here)
From Political Science to Public Relations
The Five Ws of Pitch Worthy Press Releases
Seven Legit Ways to Hit it Big in Vegas with Your Black Hat News
I Am Twitter and So Can You!
Top 10 Areas of Mastery for a Successful PR Campaign
Bhava Means Business .... Press
The Five Horsemen of the Internet Apocalypse — Scam, Extortion, Embarrassment, Theft & Death
In Rugged DevOps, Actual Human Interaction Really Matters
Murphy’s Law Comes to DevOps: Is Security Wreaking Havoc?
Bhavans Love Summer
How I Went from Milking Cows and Pruning Fruit Trees to Writing Press Releases
5 Steps for Slideshare Success
Bhavans Share and Shop at Annual Freecyle Event
What Bhava’s 30x30 Workout Challenge Taught Me About Myself, My Teammates and Friendly Competition
Writing for Infographics
A Day in the Life
How to Explain to Your Friends & Family What You Do: A True Tale of the Struggle Faced by Those of Us in PR
Helping Tech Marketing Answer “So What?”
A Day in the Life
“Yes, And!”: 3 Ways to Harness Improvisation in Business and Your Life
Putting Bhavans on the Map
How to Write a Great Article
Design, Development and Writing? Sign Me Up.
Emeryville: One of the Other Cities by the Bay
Why Iteration Is a Designer’s Best Friend and Not the Enemy
5 Ways to Generate Buzz at a Conference Without a Booth
7 Breakfast and News Combos for a Perfect PR Morning
Hello. My name is Chelsea and I am Content Specialist.
Bhava’s “Unofficial” Fitness Challenge of Summer 2014
Finding Harmony as a PR Pro: 3 Tips to Make It Less Elusive Than You Think
Content + PR + California = A New Chapter in the Bay Area with Bhava
How to Articulate Your Goals and Achieve Them
5 Tips to Expand Your Company’s Brand Presence on LinkedIn
The 7 Steps That Can Solve Any Creative Problem
The Download: Bhava Design Internship
Persistence Pays Off When You’re Looking for the Perfect PR Job
My Golden Ticket to the 2013 HOW Design Live Conference
Shedding Light on the Art of SEO
Scan this: Tips for implementing QR codes in a marketing campaign
Design Hacking: A Design-a-thon
Mind the Gap: The Importance of Cross Platform Design for Attracting and Retaining Customers
Make Google AdWords Work for Your Business Without Burning a Hole in Your Pocket
Bhava Color Run
How To Create Great Online Video Interviews for Business
Marketo User Summit 2012: Getting a Closer Look at What Works
Three “Zen Workplace Habits” to Help Navigate Change
PR in the Field: A Glimpse of SuiteWorld
13 Rules for Taming the Email Monster (We Call Ours Raul)
UX vs. SEO or UX plus SEO?
How We Became Bhava
Archive
TOP