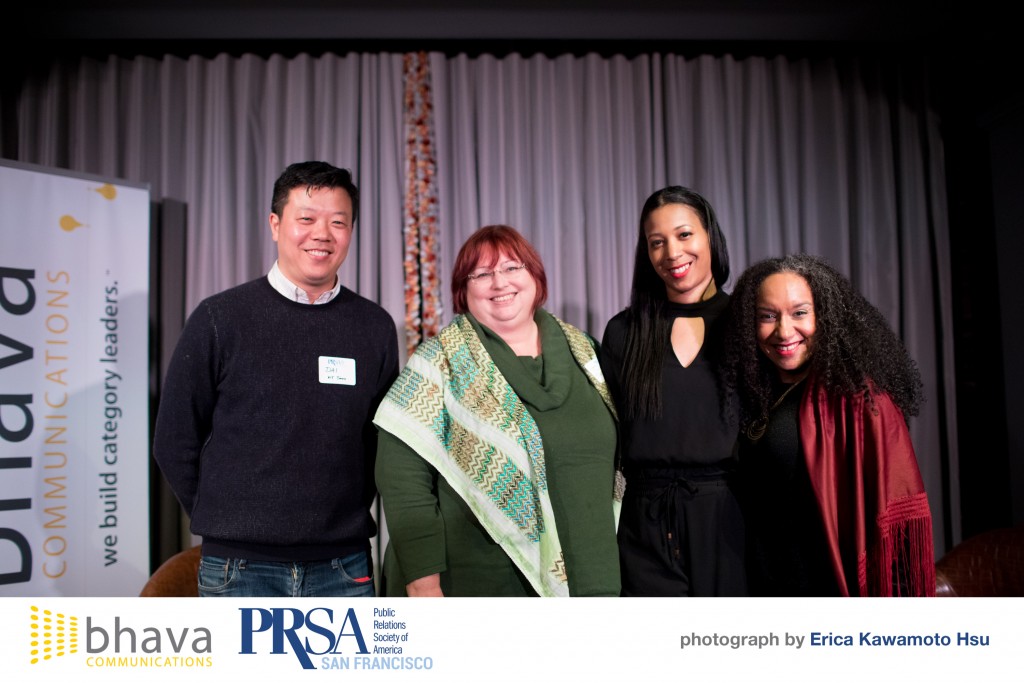 When Bhava decided to co-sponsor a media event with PRSA’s San Francisco chapter last month, we had the following in mind: how we could help raise awareness of an important issue in Silicon Valley and beyond — diversity, inclusion & women in technology. We wanted to play a part, however small, in addressing the diversity problem head on, not because it’s now top of mind in 2017 but because it’s important.

We wondered, as PR professionals and as readers of the many stories about sexual harassment and discrimination both in and out of the Valley, what sorts of challenges must journalists contend with as they report and write these important stories? How has the media impacted diversity  already, and might a more diverse media yield more nuanced coverage of the issues? And what can we as PR professionals do to better surface the positive stories of our clients that detail real and positive change — how might we work better with the media to write about the good progress being made?

Our panelists tackled these questions and more at our event last month, held at The Battery in San Francisco. Turnout was strong, the food and drink were excellent, and it was a powerful yet measured conversation, concluding with a frank Q&A with audience members. As PR professionals, of course we want to help our clients tell their own stories of the progress being made toward greater diversity and inclusion in Silicon Valley, but it’s also critical to help foster an environment in which that change can happen. 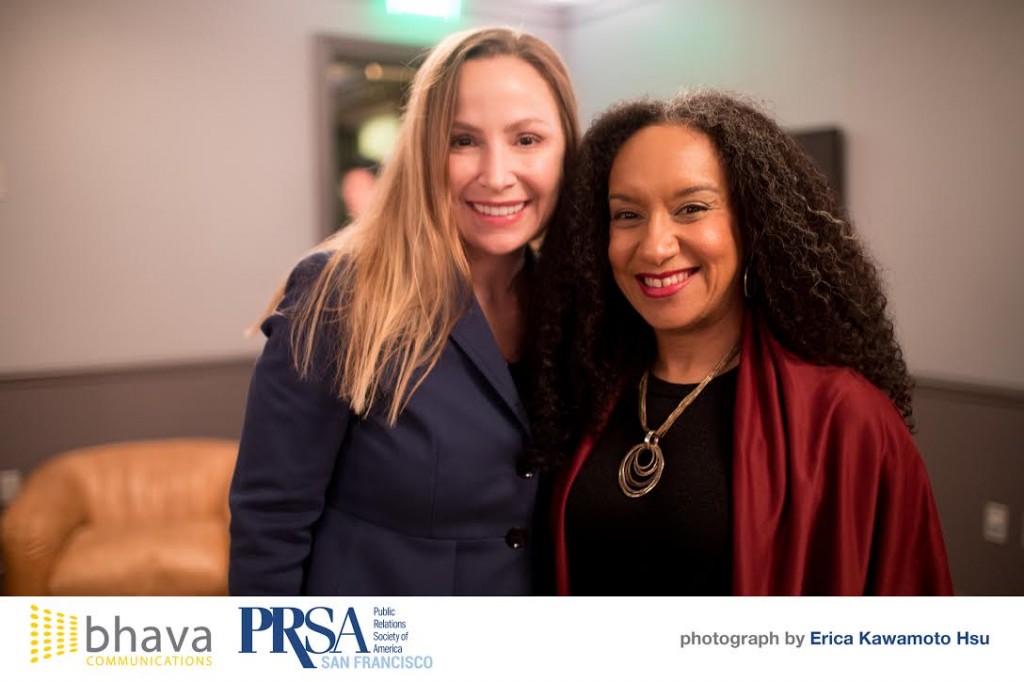 We were fortunate to have a stellar panel: Sequoia Blodgett, tech editor at Black Enterprise, Claudia Cruz, technology reporter at CNET en Español and who moderated the event, TC Currie, a freelance technology journalist who writes for The New Stack,  and Dai Wakabayashi, a technology correspondent at The New York Times.

But when it comes to diversity and inclusion, accurately assessing whether or not it’s been achieved is far from a binary proposition. “Part of the challenge for inclusion is that discrimination and racism can be very subtle,” Wakabayashi said. “And that makes it more difficult to tell these stories.” 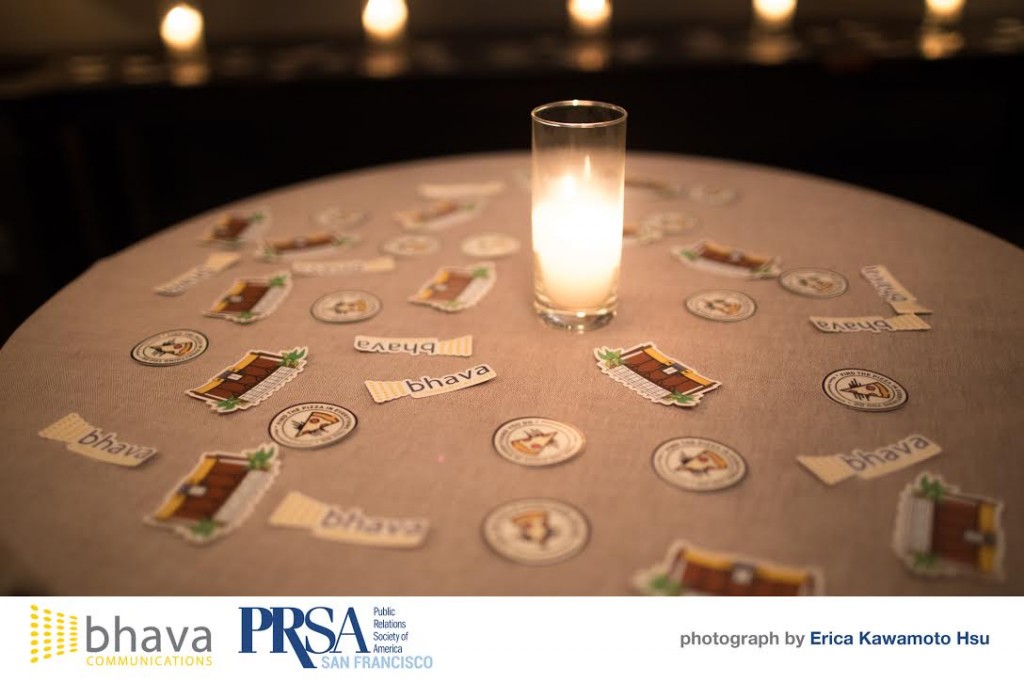 For Blodgett, the challenge – across the media landscape – in telling these stories is one of people. “The challenge is that there just aren’t enough of us telling these stories,” Blodgett said. “There are only so many reporters that people know of to reach out to consistently. For me, it’s allowing those voices to be heard as much as they possibly can.”

Having a diverse newsroom also helps those voices to be heard better, because reporters, more and more, come from different cultural, ethnic and socioeconomic backgrounds. Wakabayashi said that the San Francisco bureau is quite diverse, and that it helps – a lot.

“When I think about inclusion, I think our newsroom is pretty diverse though it’s not perfect,” he said. “I feel comfortable enough that I don’t have to make a mental count of minorities in the newsroom, but in technology, we’re a long way away from the ideal situation.” 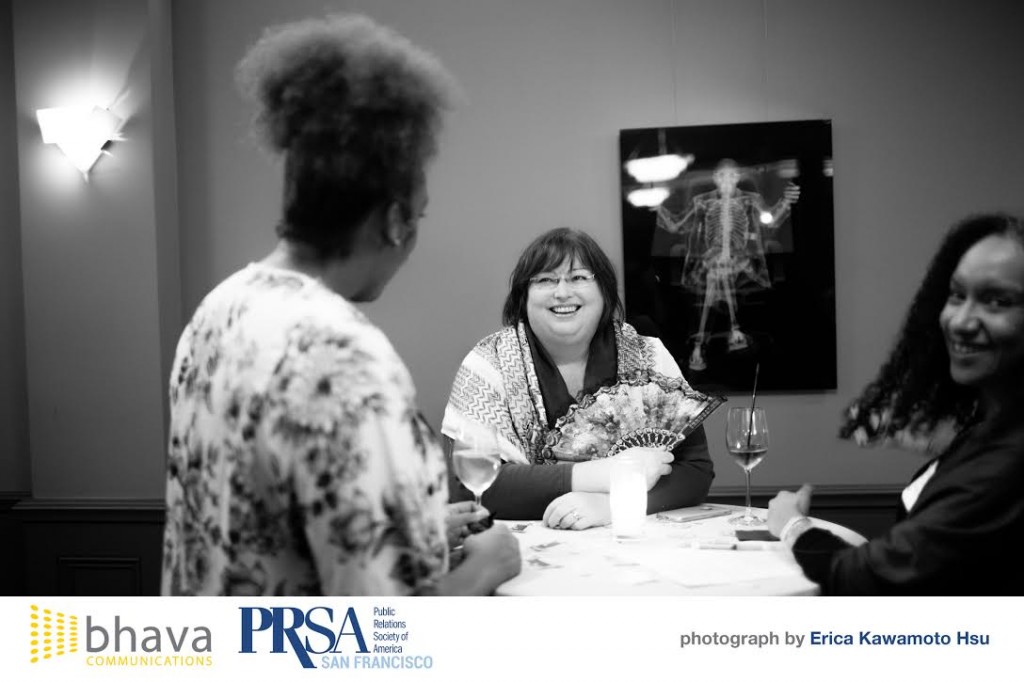 The problems and challenges of diversity and inclusion, as Wakabayashi noted, are subtle. More often than not, it’s not the clear-cut cases of blatant sexual harassment that we often read about.  There are many layers, panelists noted.

“In tech, you’ve got another layer and that’s non-disclosure agreements,” Currie said. “When you leave a company, you’ll get two or three months’ severance and agree not to talk bad the company.”

“What’s the next wave of reporting?” asked Currie, who worked as a software developer for 25 years before switching to journalism. “Maybe we should we look at these NDAs.”

Reporting on diversity and inclusion can be doubly tricky, too, because reporters must navigate and acknowledge their own internal and unconscious biases, the panelists noted. Sanchez said that we all have our own privileges and biases, so how do reporters check those?

For Currie, she said she tried to let the person’s voice (the subject of the story) come through as much as possible. “The way I check my privilege is to listen as well as I can and if I don’t like something I hear, then that’s my problem,” Currie said. Sanchez pointed to the power of more experienced journalists and editors at her outlet who can push back and ask the reporters to do more reporting. 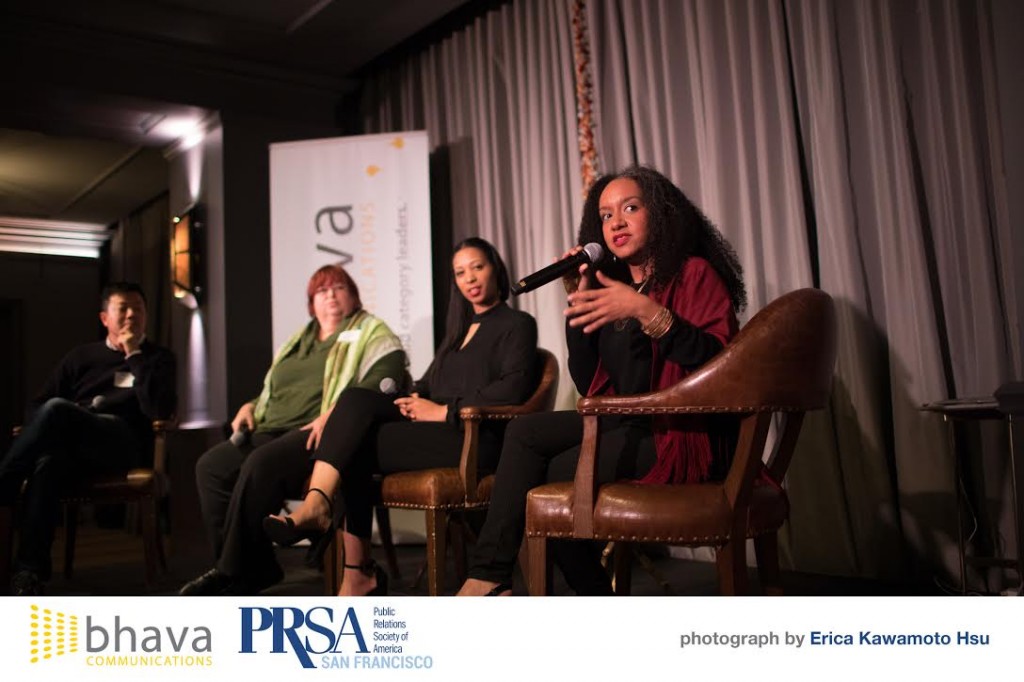 Blodgett noted that she does her best to remove judgment from her articles entirely, letting that person tell their story. For Wakabayashi, he said that the problem with unconscious bias is just that — you don’t know you’re doing it so how can you not do something you don’t know you’re doing. But that’s where a diverse newsroom helps, because different perspectives can inform different elements of a reporter’s stories.

No doubt diversity and inclusion in technology have been a much-written about topic in 2017. But just because it’s an important issue doesn’t mean it’s exempt from the basic rules of journalism. The need for tension, a narrative arc and other storytelling tools still apply.

“One of the challenges for us is, at the end of the day, our job is to inform and also be an interesting read,” Wakabayashi said. “While I think diversity and inclusion are extremely important, it doesn’t free us from the responsibility of telling an interesting story.”

The story of diversity and inclusion in tech is not only interesting, it’s important, and it seems one whose time has finally come.

“The fact that we’re sitting up here as a panel probably wouldn’t have happened two years ago,” Currie said, noting that in itself marked a measure of progress.

Share this story
Marisa is a Vice President at Bhava Communications. When she's not in the office forcing people to laugh at her corny jokes, you can usually find her out on a run or pondering her clients' next big move.
Follow Marisa on Twitter

Tech Journalists Report on the Best Way to Work With Them – Observations From Tech Reporter Panel
With Philanthropy as a Core Value, Club Phil is How Bhavans Give Back: Part 2
It's Teacher Appreciation Week: How Our Favorite Teachers Inspired Us
With Philanthropy as a Core Value, Club Phil is How Bhavans Give Back
How to Choose Between Blog Posts and Contributed Articles
Four PR Tips for Gaining Mindshare in Artificial Intelligence
The Journey to B2B Tech PR Via a Pitstop in Politics
How to Have Your Cake and Tweet it Too: A Practical Guide to Balancing Your Personal and Professional Voices on Twitter
What the Smash Hit Musical Hamilton Can Teach You About Working in Enterprise Tech PR
Reflecting on a Gold-Medal Year at Bhava
Rockin’ Around the Bhava Tree: How We Spend the Holiday Season
The Metagraphic: An Infographic on How to Make an Infographic
Digital Transformation Top of Mind at PagerDuty Summit 2016
One Giant Step for Open Hand
Brace Yourself… Conference Season is Coming (Well, It’s Already Here)
From Political Science to Public Relations
The DevOps Force Multiplier: Competitive Advantage + Security
The Five Ws of Pitch Worthy Press Releases
Seven Legit Ways to Hit it Big in Vegas with Your Black Hat News
I Am Twitter and So Can You!
Top 10 Areas of Mastery for a Successful PR Campaign
Bhava Means Business .... Press
The Five Horsemen of the Internet Apocalypse — Scam, Extortion, Embarrassment, Theft & Death
In Rugged DevOps, Actual Human Interaction Really Matters
Murphy’s Law Comes to DevOps: Is Security Wreaking Havoc?
Bhavans Love Summer
How I Went from Milking Cows and Pruning Fruit Trees to Writing Press Releases
5 Steps for Slideshare Success
Bhavans Share and Shop at Annual Freecyle Event
What Bhava’s 30x30 Workout Challenge Taught Me About Myself, My Teammates and Friendly Competition
Writing for Infographics
A Day in the Life
How to Explain to Your Friends & Family What You Do: A True Tale of the Struggle Faced by Those of Us in PR
Helping Tech Marketing Answer “So What?”
A Day in the Life
“Yes, And!”: 3 Ways to Harness Improvisation in Business and Your Life
Putting Bhavans on the Map
How to Write a Great Article
Design, Development and Writing? Sign Me Up.
Emeryville: One of the Other Cities by the Bay
Why Iteration Is a Designer’s Best Friend and Not the Enemy
5 Ways to Generate Buzz at a Conference Without a Booth
7 Breakfast and News Combos for a Perfect PR Morning
Hello. My name is Chelsea and I am Content Specialist.
Bhava’s “Unofficial” Fitness Challenge of Summer 2014
Finding Harmony as a PR Pro: 3 Tips to Make It Less Elusive Than You Think
Content + PR + California = A New Chapter in the Bay Area with Bhava
How to Articulate Your Goals and Achieve Them
5 Tips to Expand Your Company’s Brand Presence on LinkedIn
The 7 Steps That Can Solve Any Creative Problem
The Download: Bhava Design Internship
Persistence Pays Off When You’re Looking for the Perfect PR Job
My Golden Ticket to the 2013 HOW Design Live Conference
Shedding Light on the Art of SEO
Scan this: Tips for implementing QR codes in a marketing campaign
Design Hacking: A Design-a-thon
Mind the Gap: The Importance of Cross Platform Design for Attracting and Retaining Customers
Make Google AdWords Work for Your Business Without Burning a Hole in Your Pocket
Bhava Color Run
How To Create Great Online Video Interviews for Business
Marketo User Summit 2012: Getting a Closer Look at What Works
Three “Zen Workplace Habits” to Help Navigate Change
PR in the Field: A Glimpse of SuiteWorld
13 Rules for Taming the Email Monster (We Call Ours Raul)
UX vs. SEO or UX plus SEO?
How We Became Bhava
Archive
TOP